Prehab for Preemies: The Protective Effects of an Exclusive Human Milk Diet

In honor of National Nurses Month, we are excited to bring you a free, on-demand, four-part course. By attending, you will earn 2 CE credits and come away with a better understanding of how human milk has been shown to reduce inflammation in preterm infants and techniques to lower workplace stress.

Go at your pace and learn according to your schedule. Once you register, you'll have access to the full training video. While this is one video, it's divided into four parts so you can just watch those parts that interest you the most. 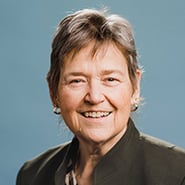 Target Audience: This 2-hour presentation is designed for the healthcare professional caring for premature patients.

Contact Hours: Provided by Kendra Schreiner, RN, 18160 Cottonwood Rd., PMB 352, Sunriver, OR, an independent provider approved by the CA Board of Registered Nursing, Provider #15828. The program is pending approval for 2 nursing contact hours.

Register to Watch the Recording for Continuing Education